Economic growth in the early 1980s slowed after the relatively rapid expansion of the 1970s. This retardation was the result of several factors: recession in the industrial countries, trade problems within the Caribbean Community and Common Market, and a severe drought that reduced agricultural output in 1984.

Antigua and Barbuda faced a debt situation in the mid-1980s; this was partly the result of the recession of the early 1980s, which did not support the national outlays on infrastructure and other items. In 1983 the current account deficit of the central government reached 3.8 percent of GDP, with a gross external debt of 16.3 percent of GDP. By the end of 1984, debt had reached close to US$100 million.

Servicing the debt cost more than US$7.4 million per year, which represented 16 percent of government revenues. Import expenses were expected to fall in the late 1980s, and tourism revenues were expected to increase, thereby helping to narrow the balance of payments gap. The central government was reducing public expenditures and state investment because of the fiscal difficulties created by the debt problem.

The Barbudan economy differed slightly from that of Antigua proper in the late 1980s because tourism was relatively less important to the smaller island's economy. Barbuda's largest source of income was remittances from relatives working in the United States or Britain. The second largest source was a subsidy from the Antiguan government, budgeted and distributed by the warden of Barbuda, the person selected to administer Barbudan economic matters.

Economic activity and employment were concentrated in fishing, followed by agriculture (especially the raising of livestock) and tourism. Other sources of income included charcoal manufacturing and salt mining. Development of peanut farming and the exploitation of the island's coconut trees offered potential.

The labor force in Antigua and Barbuda consisted of 31,500 workers in 1984. In the mid-1980s, these workers were divided fairly equally among three trade unions: the ATLU, the Antigua Workers Union (AWU), and the Antigua Public Service Association. The first two were affiliated with the two main political parties, the ALP and the Progressive Labour Movement (PLM), respectively.

Workers were free to choose the union to which they wanted to belong. Hence, each industry employed members of two or three labor unions. The labor union represented by the simple majority (50 percent plus one) of workers was designated to represent all of the workers in that industry during contract negotiations. Wage contracts normally were valid for three years.

Foreign nationals were allowed work permits only if there were no local applicants qualified for a specific position. Work permits generally were granted, however, for those who were involved either directly or via their companies in an investment project considered to be important to the country. Citizens of the United States, Canada, and Britain did not need visas.

Communications on Antigua were modern and adequately served all parts of the island. On Barbuda, however, communications consisted of only a few telephones, mostly in the village of Codrington. The telephone system was well maintained, fully automatic, and had over 6,700 telephones. Radio-relay links from Antigua to Saba and Guadeloupe, a submarine cable, and a ground satellite station all provided excellent international service to both islands.

Antigua had three AM radio stations broadcasting on medium wave: the government-owned Antigua Broadcasting Service on 620 kilohertz, a commercial station on 1100 kilohertz, and the religious Caribbean Radio Lighthouse on 1165 kilohertz. Two shortwave stations reached points throughout the Western Hemisphere from transmitters on the island;
the British Broadcasting Corporation and Deutsche Welle of the Federal Republic of Germany (West Germany) shared one transmitter, and the other relayed programs from the Voice of America. St. John's also had two small FM transmitters on 99.0 and 90.0 megahertz and television service on Channel 10. The Workers' Voice and the Outlet were the two main local newspapers. The Herald was a new third newspaper.

The transportation system was well developed on Antigua but practically nonexistent on Barbuda. About 240 kilometers of paved or gravel roads connected all areas of Antigua. V.C. Bird International Airport, east of St. John's, had a paved runway and handled international flights.

A small, unpaved strip at the southern tip of Barbuda could accommodate only small aircraft. St. John's was the main port for the islands, but smaller vessels could also dock at English Harbour on the south side of Antigua. More than seventy-five kilometers of narrow-gauge railroad track extended south and east from St. John's. These lines, however, were used almost exclusively to transport sugarcane. Neither island had significant inland waterways. 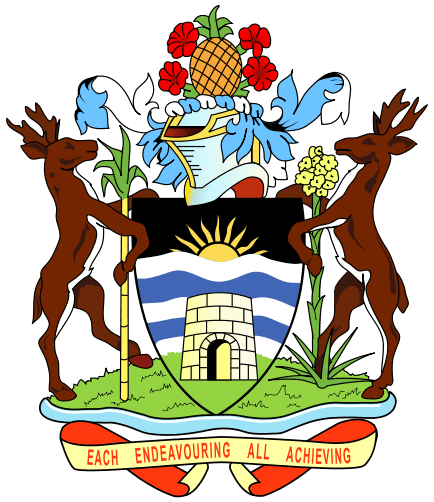 While you are here, feel free to start or join the conversation and share your thoughts and opinions about Wadadli Antigua Journal.